New Zealand will pass a significant milestone in its electric vehicle revolution this month. All of New Zealand’s electric vehicles and plug-in hybrids combined will avoid emitting 1 million kilograms of greenhouse gas in November.

This estimate is from Flip the Fleet, a citizen science coalition of pure and plug-in hybrid electric vehicle owners that upload data from their vehicles to a communal database each month. The project estimates the amount of greenhouse gas that a conventional vehicle of the same size and power would have emitted over the same distance as each electric vehicle travelled.

“The data just received show that, on average, each low-emission vehicle avoided emitting the equivalent of 191 kg of carbon dioxide in October” said Prof. Henrik Moller, a co-founder of Flip the Fleet.   “The Ministry of Transport’s estimates that there were 5,341 electric vehicles and plug-in hybrids in New Zealand by the end of October. The electric fleet is growing at approximately 9% per month.  So we reckon that from now on we’ll be saving more than a million kg of greenhouse gases each month”.

“That’s a million small victories for our grandchildren” said Prof. Moller, a sustainability scientist at the University of Otago.

“At the current rate of growth of New Zealand’s electric vehicle fleet, we should eliminate 10 million kg of emissions per month by the middle of 2020”.

Flip the Fleet is a citizen science project that provides scientifically reliable information on the benefits and constraints of electric vehicles in New Zealand.  The project is partly funded by MBIE’s Curious Minds portfolio, through Otago Museum.

The Flip the Fleet project is described at: www.flipthefleet.org.   See the ‘Discussion’ and the ‘Resources’ pages there for further data and results of surveys of New Zealand’s electric vehicle owners.

A graphic of the emissions avoided is provided below, or, download as PDF.

Flip the Fleet has members spread throughout New Zealand. Please ring 027 2268688 or Email wecan@flipthefleet.org so we can find a local member to speak to you. 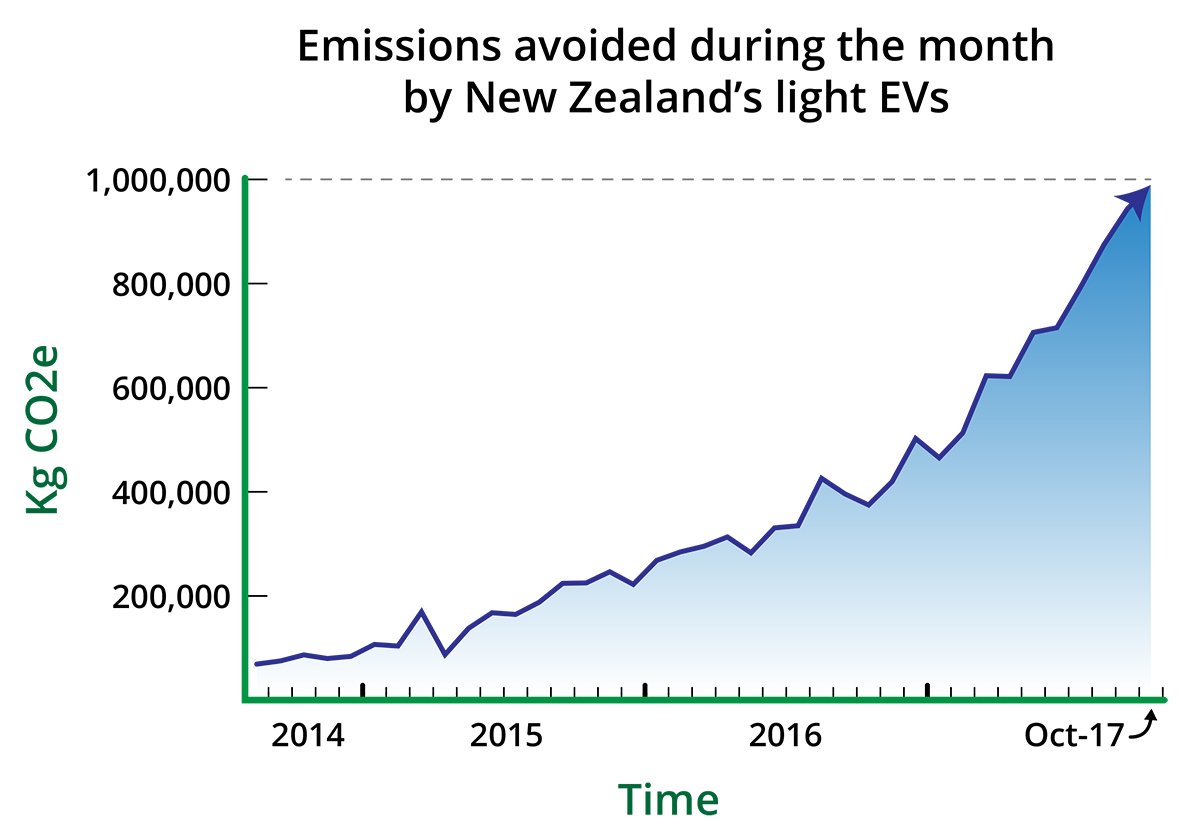